Why Things Are Seen

What’s going to get you killed faster then anything in the wasteland is not paying attention to your surroundings. Frankly if your situational awareness of your environment sucks your dead that simple. One lesson when I was in the army that was drilled into my head was why things are seen; being able to look at the ground, study it and spot potential dangers. Or in the case of the post apocalyptic world, not only spot dangers but potential supplies, as well. Here’s how you do it.

Simply put you take the ground you’re looking at and divide it into three parts near, middle and far ground. This will allow you to take in more of your surroundings and memorize them. If you need to imagine a line dividing the three areas to help you focus do it, there’s no wrong way to do this so whatever works best for you. However you choose to do it though I recommend you start from what’s closest and work to the far ground, the last thing you want to do is be on the lookout for a threat from a distance and not see the one that’s only a few feet away.

Go Against The Grain

When were looking around at something we tend to look from right to left. When your scanning go in reverse (Left to right) this will force you to slow down because it’s generally not something you’re used to. This will allow you to take in more detail.

What To Look For

Shadows - either shadows where there shouldn’t be one, shadows that disappear and reappear, or that don’t fit with the object their attached to that could be hiding someone

Don’t just take a long look at your surroundings and then do whatever, memorize them. Remember where the building and roads are, how many windows or doors it has because those could be perfect spots for a sniper. What the road signs said, any graffiti or other signs to show territory or a warning. Here’s a few examples 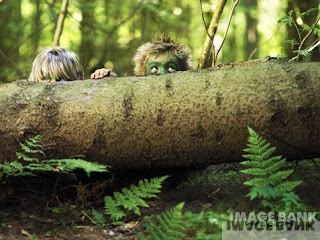 Your probably thinking this is a pretty obvious one, after all there very easy to see. While that is true remember if you’re in the woods and their even as close as twenty or thirty meters and you’re not paying attention you would probably totally miss them. What gives them away is two things 1. The round shape of their heads. 2. Their hair color stands out from the surrounding background. 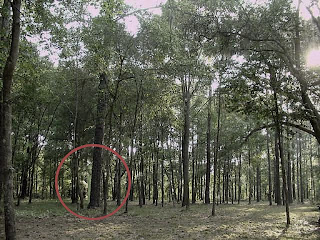 Sure this is a cheesy one and not real (I think) but if the circle wasn’t around the alien it would probably take you a few seconds of looking at the picture to find it. Now imagine your in the woods haven’t slept in two days, a little dehydrated and worried about about not finding enough food, you would miss it completely. It’s smooth texture and lighter green color do make it stand out but not that much if it’s perfectly still. 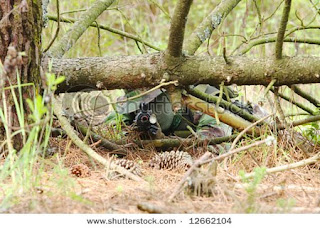 Though this soldier is keeping a low profile by lying on the ground there are a lot of giveaways for you to spot someone like this. The first is the color; his uniform is brighter and doesn’t match the terrain at all. And his weapon is black which doesn’t match the surroundings, remember though he would probably be farther away waiting to ambush so remember to always keep scanning the ground and look for anything that doesn’t fit in with the environment regardless of whether it’s in the woods or an urban setting.


Posted by The Wolf

Blogs I Check Out